Kevin Kheffache Steps Down as President of the IPPVA

Kevin Kheffache has served as the president of the IPPVA through one of the most challenging times of the association due to the Covid pandemic.

His passion and dedication have been enormous assets to the IPPVA’s leadership. On behalf of all of our members, the Council would like to sincerely thank him for his service and wish him well as he turns his attention to his new family and restarts his photography business. Thankfully, he will be staying on as a member of the Council, so the association will continue to benefit from his knowledge. We asked Kevin to say a few words about his tenure, so we’ll let him take over from here.

The time has come for me to step down as IPPVA president and it’s with great pleasure and confidence that I can now pass over the title of Interim IPPVA President to Johanna King.

When I formally took on the role in January 2020 the world was a very different place. Little did most of us know we were about to face into a global pandemic that would still be enduring today. I had joined the IPPVA only three years previously. At the time I was thrilled to find a national community of fellow professionals who welcomed me into the fold and I was blown away by how generous the members were with their knowledge and time. It felt like just the kind of warm, energetic and creative association I wanted to be a part of. Having served some time on the sidelines watching as my peers volunteered their time, I wanted to reciprocate some of that energy and generosity and join in with the work of a fresh new council to take the association forward.

The council and I opened up conversations with members about what they would like to see happen in the IPPVA and we were flooded with feedback which formed the basis of a plan for the future of the association under this council. In short, we wanted to give members:

In the background, we were also working with Carmel to reduce some administrative burdens which previously put undue pressure on her time so she could focus more on looking after new members whilst project managing the other essential elements of the association (awards, education, etc).

However, what followed mere weeks into all of these plans, turned everything on its head. The pandemic hit abruptly and with force. We had to pivot resources into government lobbying and member support after the sudden shutdown of the businesses of all of our members. Now as I write this, almost 18 months later, we are a lot more used to the fluctuating restrictions and blurry guidelines but back in March, the almost daily changes were impossibly difficult to manage at council level.

I’m really proud of the work that Carmel, the council, and the other volunteers did during those difficult months. Personally, every member of the council struggled at some point, in some way and yet they managed to stay determined enough to plough on with the work of the council. We worked long and hard to present our cases at government level and attend to the unfolding Covid situation as it affected members. But we also put together a series of online talks, (Quiz night being one of the highlights for me!), set up a programme of educational workshops in collaboration with DPP Skillnet, and amended our constitution to make it significantly more inclusive and relevant to the current IPPVA community. We conducted an industry-wide impact survey, had articles in the national press and we were pushing for government support where we could and as best we could.

Closer to home, It has been an intense year and a half for me too. My beautiful wife Annie gave birth to my equally beautiful second son, Joshua, late last year. We’re presently mid-move to our new family home and as we slowly re-emerge back to some degree of professional normality, I feel that it’s now time to turn my energy and attention back to my own family and business.

When I announced my intention to step down Johanna King was, instantly and unanimously, the person we all hoped would be my replacement. She has graciously accepted the role as interim president until the next election and I don’t feel the association could be left in any better hands.

Although stepping down as president, I’m delighted to be staying involved at council level to help out. I’ll also take this opportunity to thank everyone I’ve worked with on council including our newer members. I can’t wait to see what 2021 holds for the IPPVA  and look forward to seeing you all either in person, on social media or maybe at Doc Day 🙂 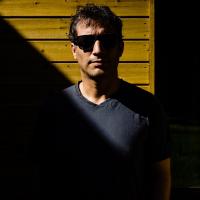 Find out more about Kevin Kheffache

I've been taking photos since I've been a kid but shot my first wedding in 2015 with my wife, Annie and now, well over 100 weddings later, I've found my niche in wedding photojournalism. The challenge of capturing the emotion and individuality of t... 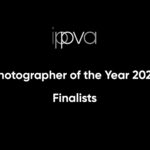 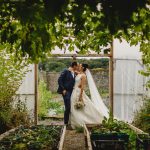